Facts and trivia about beer 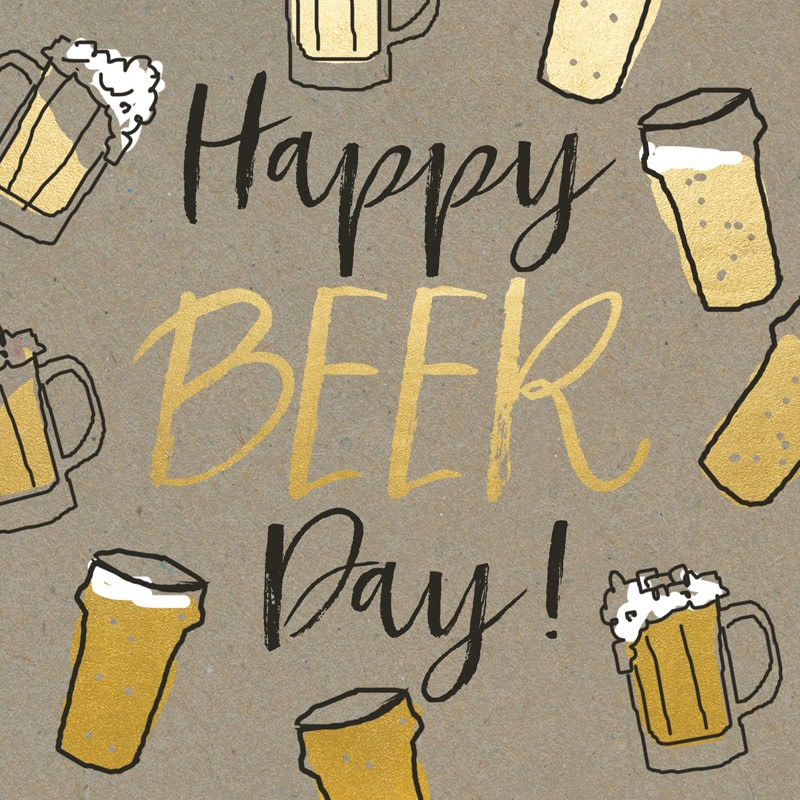 Can a beer a day keep the doctor away? Well, hops, though initially used as a replacement for gruit, actually has many favourable medicinal/health effects. The first accounts of its medicinal properties date back to the 9th century1. Since then, the anti-bacterial, anti-inflammatory, anti-oxidative, anti-osteoporotic and anti-carcinogenic effects of hops have all been well documented2.

Did you know that areas cultivating hops throughout the world averaged 52,000 hectares, or 72,000 soccer fields in 20153? Perhaps this is the reason everyone drinks beer while watching a live soccer match!

The production of hops in 2015 averaged 90,000 metric tons. This is the same as a nuclear-powered super-sized aircraft carrier. In 2009, production reached an ultimate high, averaging 114,000 metric ton of hops produced worldwide.3  Many battles have fought and won by soldiers nourished on beer!

The marijuana-loving folks are more related to hops-lovers than you’d suspect! Actually, hops, aflowering plant native to Europe, Western-Asia and North-America, is part of the Cannabeceae family. This family includes 170 species, of which 11 species including Cannabis4, from which the psychoactive drugs marijuana (dried flower buds) and hashish (resin) and various extracts collectively known as hashish oil are derived. However, hops on its own, will not get you high or arrested!

“The Great Wall,” high-end computers and knock-off sneakers are all “Made in China”! But the world’s most populous nation also leads the list of the most important beer nations3. China is not only the largest beer producer in the world, it also remains the largest beer consuming country in the world for the 13th consecutive year since 20035.

Belgium is Europe’s largest beer-exporting country (measured as share of beer production), and home to one of the world’s largest brewing companies (AB InBev)6. But these brave people from Celtic descent do not export all of their beer! Belgians drink 78 liters of beer per capita per year. Of course, this is still nothing compared to world leader Czech Republic, with 144 liters of beer per capita5, 6. However, keep in mind that Belgian specialty beers (double, tripel, quadrupel) are typically far stronger in alcohol content than the wimpy Czech ales and lagers. So last man standing in a beer contest would probably be a Belgian!

The Pyramids of Giza in Egypt and Machu Picchu in Peru are world heritage sites! Yet in 2016, “the Beer Culture in Belgium” was inscribed on the same UNESCO Representative List of the Intangible Cultural Heritage of Humanity7, 8. Moreover, while French wines have long dominated the gastronomy of Belgium, specialty beer drinking is becoming the culture of the elite and intelligentsia! 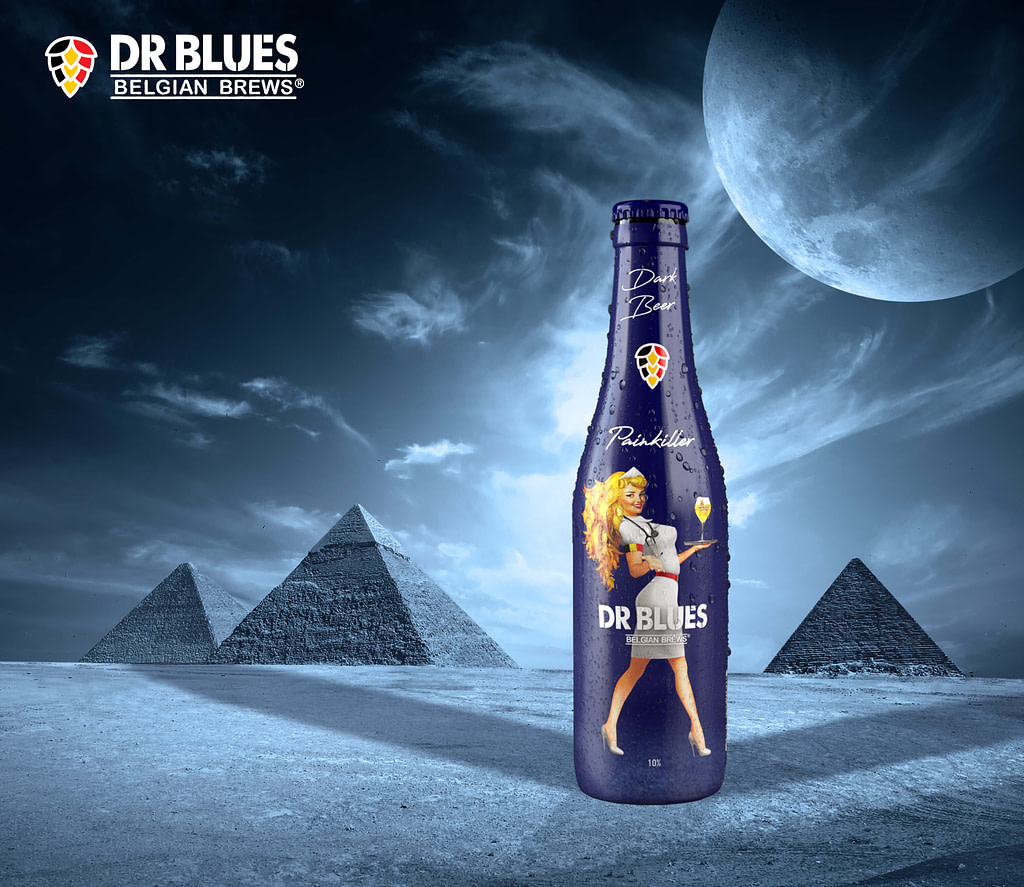 We all have it: fear of something! For some people, it is heights. Others don’t like spiders. But the worst is the fear of an empty beer glass, or “cenosillicaphobia”. It creeps me out!

The Hulk of Beers!

From time to time, we all crave to chug a beer after a hard day’s work! But you better think twice if you’re holding “Snake Venom”. This beer has a 67,5% alcohol content and is supposed to be the world strongest beer10. It is made in Keith, Scotland @ £50 a bottle. It even carries a warning sign, disclosing the user of its potential risks. However, according to the “Guinness Book of World Records”, the strongest beer ever sold is “The End of History,” which was brewed by BrewDog in Fraserburgh, Scotland and has an alcohol volume of 55%11. Bottles were sold for £500 each or £700 when packaged in a taxidermied squirrel. The last bottles were sold in July 2010. Hulk or not, you have to ask yourself when does beer cross the line into another type of alcoholic beverage altogether. By experts’ account – anything over 13% is not a beer any longer, whatever you may call it.

Treat it with beer!

During Prohibition, people were prescribed “medical beer.” The term “medical beer” was made-up by the brewers, physicians, and imbibers trying to skirt Prohibition’s nasty laws in 1921. It worked! Doctors could prescribe beer as of March 1921… until November 1921, when Congress banned it once again.9Marry-go-round with the similar tactic used in marijuana clinics.

How many beers can you name? That’s right, not so many! No worries, The Delirium Café in Brussels can help you with that. It holds the record in the Guinness Book of World Records for most varieties of beer commercially available12. The Delirium Café broke its own record with a selection of 2,004 beers in the year of 2004. Spend enough time here, and you’ll know them all! However, as of late, the fame seems to be drifting to the “Capitol” bar in Leuven, Belgium, where the beer cellars brim with an even greater number of beers.

Here’s Dr. Blues himself in Capitol checking out the offerings. (Inside info – The word on the street is that the fabled Admiral Tripel is now being upgraded to “The Pacemaker.” Other DR BLUES BELGIAN BREWS are: SuperPills, Pacemaker, Nerve Block and Pain Killer)

4/20! What about “Happy Beer Day?” Since 2007, people all over the world have celebrated International Beer Day on the first Friday of August by gathering with friends to enjoy the taste of beer. They celebrate those responsible for brewing and serving beer and unite the world under the banner of beer, by celebrating the beers of all nations together on that specific day.

There is more than one way to skin a cat, but there’s only one way to make beer!

Germans don’t mess around! In the 15th and 16th century, they introduced “The Reinheitsgebot,”the “German Beer Purity Law”. It is the collective name for a series of regulations limiting the ingredients in beer in Germany and the states of the former Holy Roman Empire. The best-known version of the law was adopted in Bavaria in 1516, and accordingly the only ingredients that could be used in the production of beer were water, barley and hops.13 Much has changed since 1516, sometimes to an extreme where some brewers are experimenting with everything from jalapeno peppers to chocolate to pumpkins and everything in-between. The DrBlues Belgian Brews however, stay loyal to the Bavarian laws of 1516, but with a squeeze of science to match the modern-day standards for purity and quality.