Beer: A health keeper rather than a health stealer?

A beer a day might keep the doctor away, but more might leave you sore. Beer is a tasty and refreshing drink. If not over-consumed, it can actually be good for your health. Here’s some facts that beer lovers should know.

Research shows that a light consumption of alcohol can reduce the risk of heart failure as much as 14%.[1]Just so that no one gets carried away, light alcohol consumption is defined as no more than 7 drinks (or units) a week. This health benefit is the result of several effects that alcohol has on your heart. Alcohol increases ‘good’ cholesterol, the HDL cholesterol, which alone carries some 50% of the risk reduction for heart failure.[2],[3],[4] Alcohol also lowers the levels of fibrinogen in the blood, decreasing the risk of undesirable clot formation in blood vessels.[5]  Blood clots can cause venous thrombosis and lung embolism, as well as heart attacks.[6]

Reducing the risk of stroke

Inhibition of blood clotting by drinking moderate amounts of beer also influences the risk of strokes. Stroke is most commonly caused by a blood clot that obstructs the flow of blood and delivery of oxygen to the brain. Brain is extremely sensitive and not forgiving to lack of blood and oxygen supply. Besides the effect on clotting, alcohol in beer improves the blood flow by increasing the flexibility of the arteries, which also can lower the risk of stroke.[7]

Population studies show that the consumption of up to 24g of alcohol per day lowers the risk for type 2 diabetes with 30%.[8] Type 2 Diabetes is the consequence of a decrease in insulin sensitivity of the body. Most of the time it is caused by overweight but an unhealthy lifestyle in general plays a big role. Around 85% of the cases can be prevented by changing to a healthy lifestyle.[9] Typical pilsner beer contains around 10mg of alcohol for every 250mL. Dr Blues Belgian Brews tripel beers contain about 25mg of alcohol per 33cl bottle.

Moderate consumption of alcohol is associated with a reduction of the relative risk of Alzheimer’s disease, vascular dementia or any other form of dementia with 26-28%.[10] However, if the limit of 28 drinks is exceeded, the risks actually increases.

Beer may be good for the health of your bones. The presence of silicon in beer is claimed to increase the bone mineral density (BMD). In turn, a higher BMD means stronger bones and a decrease of the risk of osteoporosis.

Kicking the kidney stones out

A daily alcohol intake of 12 grams (approximately 1 beer) lowers the risk of kidney stones with 20%. The prevention of the kidney stones increases by 20% percent for every 10mg that you consume extra.[11] For instance: 2 beer = 20 grams of alcohol à 20% + 20% (of 20%) = 24% decrease in risk. This is likely the combined effect of hydration and diureses (increasing urination) and excretion of the calcium, which is a component of most kidney stones.

If consumed moderately, beer can be beneficial to women of all ages. Alcohol-free beer is beneficial during pregnancy and lactation, decreases the consequences of decline in estrogen during menopause and protects the cardiovascular system and bones during menopause and aging. Flavones (phytoestrogens) in beer have a valuable estrogen effect and prevent the loss of bone mass. 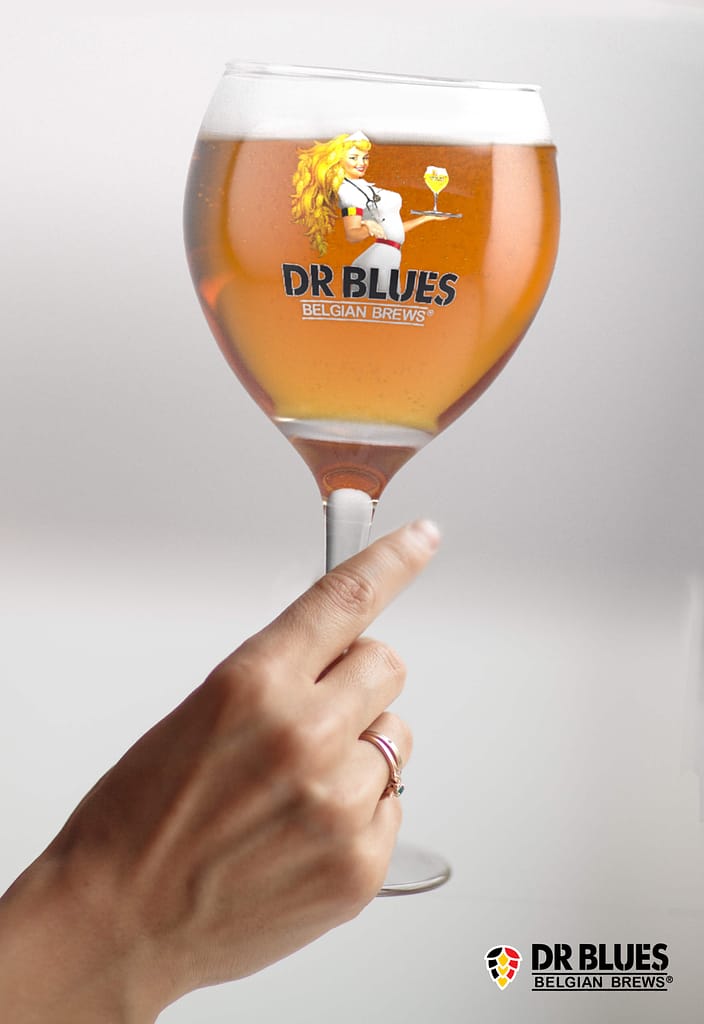 Being an excellent source of three potent antioxidants: vitamin E, barley and yeast, beer has anti-age effects and boosts the immune system. The presence of the vitamin B12 and B9, related to folic acid in beer, has beneficial effect to woman’s health and prevents anemia. Pregnant women should always opt for the alcohol free variety.

Beer Dr. Perez, Professor of Gynecology and Obstetrics at Madrid University Hospital in his recent publication “Women, gynecology and beer ” states that “Beer is a drink made from natural ingredients” It contains two products of benefits, polyphenols that are antioxidants and flavones, estrogens of cereal origin. Flavones counteract the loss of estrogen, making menopause more manageable.18

Healthier hair and easing the nerves

Beer or Pain Consumption of moderate amount of beer is beneficial in prevention of menstrual cramps, due to interference of estrogen secretion by the intake of beer.19

Beer and looks of the skin

The yeast in beer is enhances radiant complexion of the skin due to its effects on maintaining favorable acid-base balance of the skin. In fact, beer is often used in facial treatments, usually mixed with honey and egg.

Does beer drinking lead to the pot belly?

There is a prejudice that beer is the culprit of fat belly.  However, the main reason for weight gain is that more snack foods are eaten with alcohol. Occasional, moderate beer drinking does not lead to the fat belly, and in fact, DRBLUES’ own physique is of the proofs. Prof. DRBLUES himself consumes 3-5 beers/week and yet, maintains a top-form shape at age 56 as seen from the pic bellow. However, his dietary principles are quiet simple: 1) One scoop of oatmeal for breakfast, 2) One slice of bread with aged Gauda cheese (or similar) for lunch, 3) Small snack for afternoon 4) Steam vegetables with fish for dinner (all with pics). He is not a phanatic though, and DRBLUES will dig into some Belgian fries, good steak and such, howeer, an occasional outing is a reward for the discipline throughout the week, not a regular “staffing up”. Foremost, he respects the principle of stopping the food intake at the first feeling of satiety, and never re-filling the plate.

In addition to the alcohol effects of beer on health, like healthy teas, hops impart a number of positive effects on human body.

A little background first: Hops are essential flavoring and stabilizing ingredients of modern beer. Back in the day, long time ago, gruit, an old-fashioned herb mixture used to be used for bittering and flavoring beer. Due to the high production costs and its pure character, hops are also called “the green gold.” Used in very small amounts (1.1-3g/L), it gives beer its bitter taste and aroma, and preserves the beer by eliminating bacteria that can ruin the beer. Moreover, the bitter compounds found in hops are responsible for the foam in beer, which is important for the appreciation of beer.

Antibacterial, anti-inflammatory, antioxidative….and many other heatlhy effects of hops

Hops also have anti-bacterial, anti-inflammatory, anti-oxidative, anti-angiogenic, anti-melanogenic, anti-osteoporotic and anti-carcinogenic, according to the research of Chen and colaborators.[12]

Easy on the nerves

Hop leaves contain chemicals that function as a sedative for the body’ nervous system.[13] and can be used to ease anxiety and stress. It is by no chance that some of DRBLUES BREWS were named: SupperPills, Pacemaker, Nerve Block, Pain Killer. 😉

Hops can improve sleep quality and help treat sleep conditions like insomnia. A study that compared the sleep quality of two groups found that the participants who drank non-alcoholic beer containing hops experienced an improvement in sleep quality.[14] In fact, even if you do not like or want to drink beer, getting some fresh or dried hops under the pillow will foster sleep.

Hops contain chemicals that act like estrogen. A daily dose of hop extract has a positive influence on the discomforts associated with the menopause.[15]

Xanthohumol, a compound found in hops, helps protect brain cells from oxidative stress,[16] which can cause neurodegenerative diseases like Alzheimer’s disease and Parkinson’s.

Another benefit of Xanthohumol is that it can play a role in the treatment and prevention of cardiovascular diseases.[17] Xanthohumol inhibits platelet aggregation that can lead to the narrowing of arteries and eventually heart attacks.

The Xanthohumol in hops may be effective against breast, ovarian and colon cancer cells.[18]

The antioxidants found in hops can be used to strengthen hair and reduce the amount of hair loss. So try using a hop extract or just use beer as a conditioner the next time you wash your hair. 😉

Recent study showed that Xanthohumol can lower an individual’s chances of developing metabolic syndrome – a condition that indicates obesity, elevated blood pressure, increased blood sugar, and bad high-density lipoprotein (HDL) cholesterol levels. However, large amounts of beer must be consumed to get this benefit.[19]

Moderate beer consumption is actually healthy. But then, what defines moderate? Generally, beer consumption is best limited to 1 glass for women and 2 glasses daily for men. Besides gender, the alcohol content of the beverage, age and bodyweight of the consumer should also factored in.

Drinking alcohol is discouraged if you are underage, pregnant or may be pregnant or have health problems that could worsen by drinking. The combination of alcohol and medication might be dangerous, therefore always consult your doctor or the instruction leaflet to make sure that  alcohol won’t interfere with the effects of the medication. For pregnant and lactating women, a non-alcoholic beer (0,0%) is safe and healthier.

Never drink and drive or operate equipment that can endanger your or other peoples lives or safety!